I don't know if I'm more depressed more over the quality of the latest Star Wars film, or the mere fact, at least for now, there are no more Star Wars films to look forward to...

However, the Summer is far from over, and there's still a handful of films I'll try and see opening night... with or without my lightsaber.

Friday, June 3rd
Lords of Dogtown
I loved the documentary this was based on, Dogtown and Z Boys, more for the retro look at Venice Beach and Santa Monica only a dozen or so years before I arrived in SoCal. I have high hopes that this film further recreates the mood of what must have been an even more eclectic enviornment than it is today.

Friday, June 10th
Mr. and Mrs. Smith
I always enter a Doug Liman film with low expectations, and emerge overwhelmingly impressed. His "The Bourne Identity" earned its place alongside "Marathon Man" and "Three Days of the Condor" as the best spy action films of all time, and add that to a reel including the underrated "Go" and, of course, "Swingers", Doug Liman has had zero misses... again, the trailer for "Mr. and Mrs. Smith" leaves a lot to be desired, but its been that way with all his films.

Wednesday, June 15
Batman Begins
Finally... a serious look at the Batman genre, with the director of "Memento" to boot.

Friday, June 24
George A. Romero's Land of the Dead
The only film that continues to give me nightmares is Romero's first brain chew fest "Night of the Living Dead". Now that the zombie genre he created is back in vogue (with the help of such films as "28 Days Later", the remake of his own "Dawn of the Dead", and my fave, "Shaun of the Dead), Romero is back behind the camera with the latest chapter in his tale of worldwide undead takeovers.

Friday, July 15
Charlie and the Chocolate Factory
Johnny Depp and Tim Burton together again. What else needs to be added?

Friday, September 23
Roll Bounce
I know I'll get some shit for admitting this... but I'm looking forward to this movie most of all. Based on the trailer alone. While I pretty much missed the whole rollerskating craze, I remember tales of all the happenings at Ohio Skate in my youth... and this film looks like what my childhood mind was picturing. Watch the trailer by clicking the title above.
Posted by The Unsomnambulist at 12:56 PM 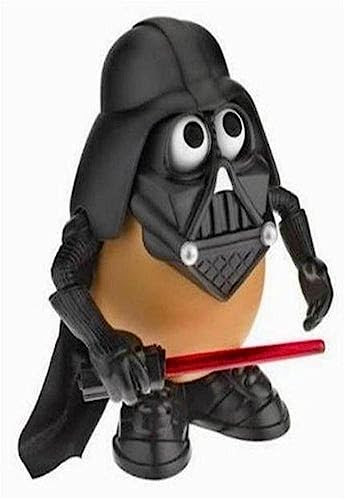 When it was good, it was very, very good.
But when it was bad, it was horrid.


I was one of the nerds who saw it twice in the first 24 hours. At my first screening, at AMC Downtown Disney, I hated it. I had to keep from falling asleep. I caught myself groaning at bad dialogue, bad directing, bad practical stunts, and bad coincidences. Someone please explain to me how it is possible R2D2 could be a better actor than Hayden Christensen? It didn't help the AMC Downtown Disney has a crap soundsystem, so that during the opening space battle it sounded like a tranquil scene from Finding Nemo. (on the bright side, AMC Downtown Disney was having a 99 cent special on hot dogs, bottled drinks, and small popcorns... better yet, they also serve Twizzlers alongside Red Vines).

On my second viewing though, at the Arclight in Hollywood, when I knew all the dredge I was going to have to put up with, and with superior sound, I LOVED it. I allowed my film sensibilites to turn to the dark side. Ewan McGregor and Yoda both rocked, and should go on tour. And it jazzed me enough to go home and play Star Wars Battlefront again...

More on this later... maybe.

Now, back to the shoe mobile...
Posted by The Unsomnambulist at 9:02 AM

I find it somewhat, of not outrightly, hippocritical, of the Bush administration to blame Newsweek for the deaths at riots stemming from an article that claimed that American investigators at Guantanamo had tossed a Koran in a toilet.

To begin with, the problem wasn't Newsweek, or the article... it's religious fanatics who can't control themselves. And in the bigger picture, these fanatics are more upset about the invasion of Iraq, and the apparent overall American attack on Muslims, than the supposed flushing of their holy book.

That said, I'm going to Disneyland.
Posted by The Unsomnambulist at 10:43 AM

Not that anyone here has asked, but yes, I am pretty excited about Episode III opening on at midnight on Wednesday (or is it midnight Thursday?). I've avoided following all the fan talk and geekdom surrounding this one... or should I say, work has kept me too occupied to be able to follow the insanity... and so I wasn't able to get the holy grail of tickets - for the midnight screening at the Arclight - but my buddy Phil had a better back up plan: Tickets to the midnight screening at AMC Disney, meaning we make a day of Disneyland on Wednesday, see the movie at midnight, and stay over at the Disneyland hotel. Our girlfriends will be with us, and I imagine they'll find something else to do when we get in line for the film at 8pm or 9pm.

Granted, its not as cool as my experience back when Episode I opened, when I got to watch the film with George Lucas himself (see pic) at Skywalker Ranch... sigh.

While I imagine dozens of Star Wars geeks will go into a deep depression, a coma, or possibly commit suicide, because the film series is "complete", I'm confident that the bofo box office will convince Lucas, if not his eventual heirs, to make another trilogy (yes, I know about the plans for a Star Wars TV series).

In the meantime, we have Batman Begins, Charlie and the Chocolate Factory, the Chronicles of Narnia, and the season of finale of Lost to look forward to.

If you haven't been following it, Blogging LA has been following the "woe is me" tale of the Star Wars geeks waiting in the wrong line at Graumans Chinese... eagle eyed readers might notice that I'm the one who tipped them off to this revelation...
Posted by The Unsomnambulist at 9:46 AM

An anonymous poster is digging into my online history, and has discovered that someone who shares my name is a sex offender!

From the Megans Law site

He also claims that the picture here is me. I'll take credit for the swell tshirt, though!

(pic is actually of Mike Skelton, who played "the editor" in Jeff Bacon's short film "My Life Is A Movie", for which I made the poster, tshirts, and additional graphic design used in the film.)
Posted by The Unsomnambulist at 10:35 AM

Welcome to all you tabloid whores who have found my blog via Shane Nickersons "Nickerblog". For my loyal readers, Shane is one of the most awesome bloggers out there, usually writing about his childhood in Londonderry, New Hampshire, and about trying to make it in Hollywood as an actor. Through a strange twist of fate, he became a story editor and producer for some MTV shows, and is can now be seen on the racks of your news stands, accused of being Cameron Diaz's new lover. No kidding. Poor guy is now being hounded by the National Enquirer... I think he's the most disappointed that its not true... second most disappointed being Shane's wife.

In other news, the king of blogging, Tony Pierce, has been layed off by E! Entertainment. I offered him a gig working for me on the shoemobile... instead, he's broken down and is now soliciting for BlogAds on his site. I'm in the camp that the layoff is the best thing that could happen to Tony Pierce, and will likely result in a better position somewhere, perhaps as a paid writer. Heck, now that Shane Nickerson is becoming a big celebrity, maybe he can hire Tony to be a writer on his next series...

In a seeming trend among bloggers, one of my other favorite posters, the Stupid Evil Bastard, has also been out of work for some time. On the other hand, the Holden Caulfied of bloggerdom, Simpleton, has been posting like crazy, in spite of an overloaded work schedule.

Future Angeleno Lorenzo Benzo has some of the best excuses for NOT blogging, including relearning to walk and being personally offered an internship by budding filmmaker Steven Spielberg. If she weren't so damned gorgeous I'd hate her... but if she doesn't post an update soon my opinion may change.

And just for sticking with me, in spite of no return love, I owe a couple mentions to Jack & Bobby fan The Ridor and bad ass filmmaker/rocker Jason Vertucio.
Posted by The Unsomnambulist at 10:17 AM